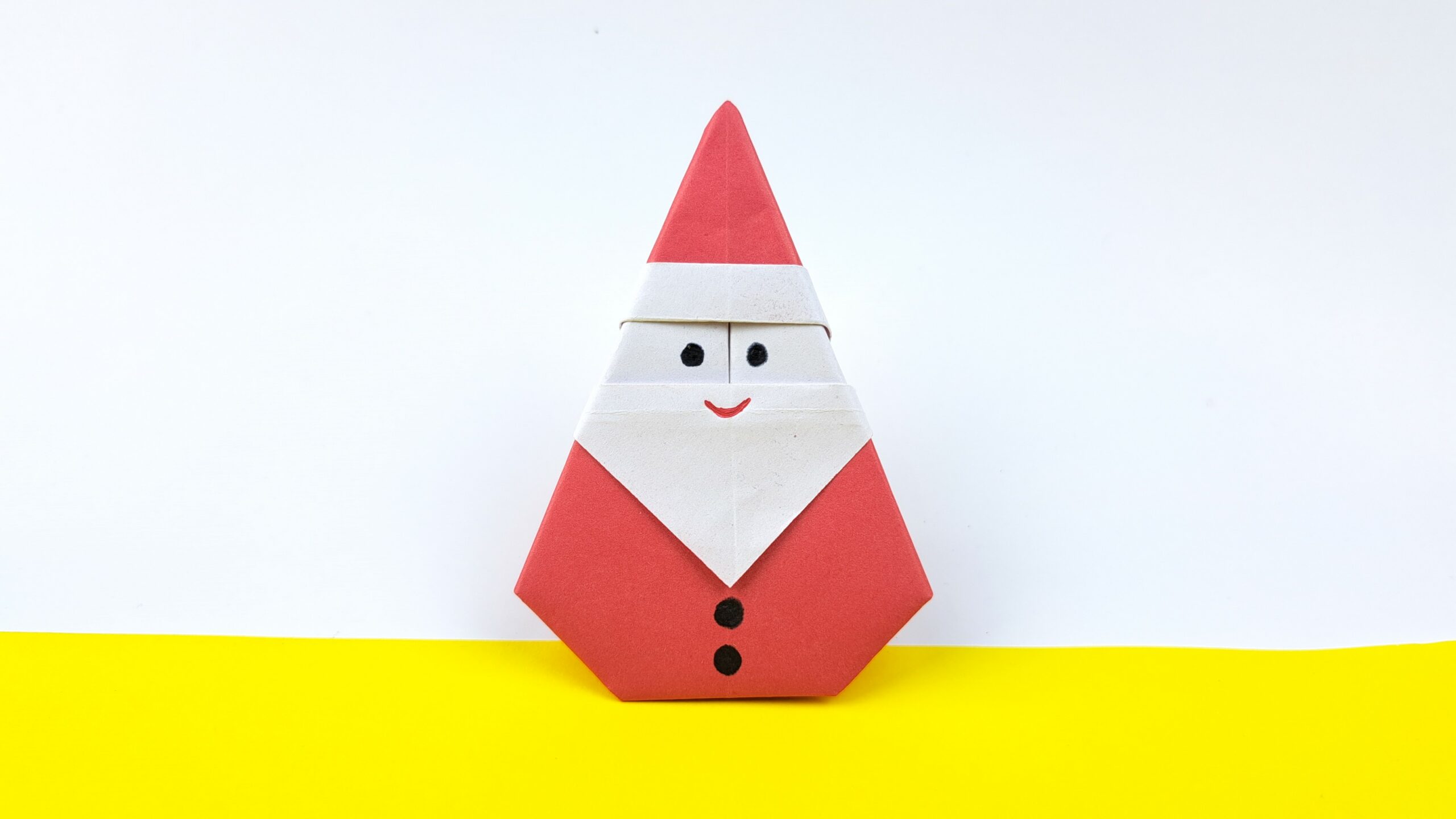 The story of Santa Claus originated in Western Christian culture as someone who is said to bring children’s gifts to celebrate Christmas.  He is also known as Father Christmas, Saint Nicholas, Kris Kringle, or simply Santa,

The traditional patron of Christmas in the United States and other countries brings gifts to children, Santa Claus, a legendary figure. His popular image is based on traditions and is associated with Saint Nicholas, a 4th-century Christian saint. Father Christmas fills the role in many European countries and all over the world.

Every child loves the image of Santa.  You can make this and put it in your child’s room as a reminder that Christmas is coming.  It’s guaranteed to make them smile.

The following papers are required:

Now your Santa is ready!

3D Origami Christmas Tree Video:   You can watch it on YouTube.